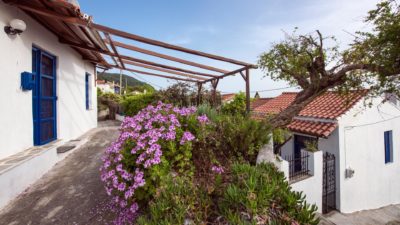 It is worth visiting the charming green village of Paleo (Old) Klima, located 24 kilometers from Skopelos Chora, between the villages of Neo Klima (Elios) and Glossa. The old stone houses laid out amphitheatrically, and the stunning view of the islands of Skiathos and Euboea will remain forever etched in your mind. 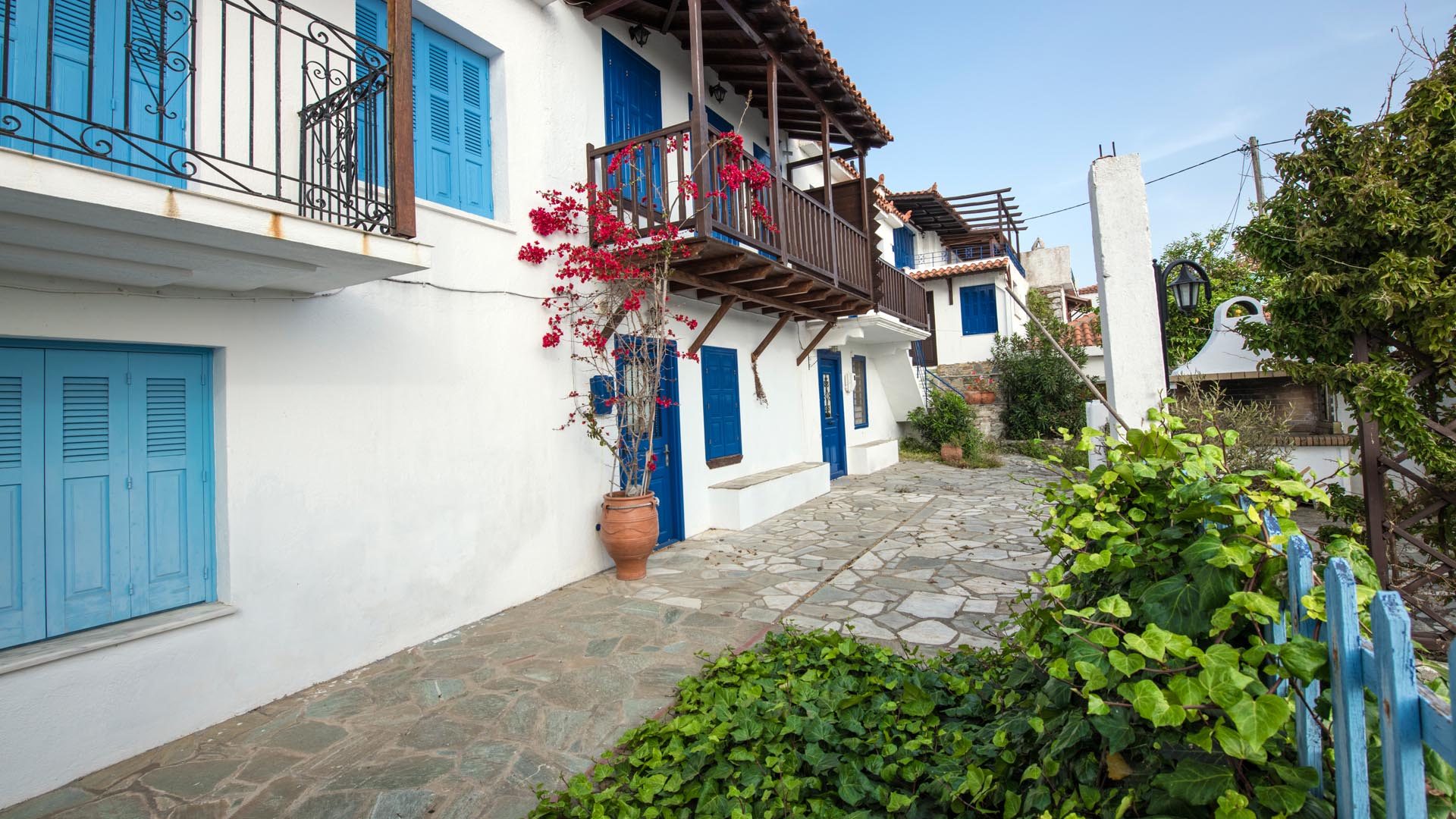 Until the 1950s, the village was divided into two districts, or villages as the locals used to call them, Epano (Upper) Klima and Kato (Lower) Klima. 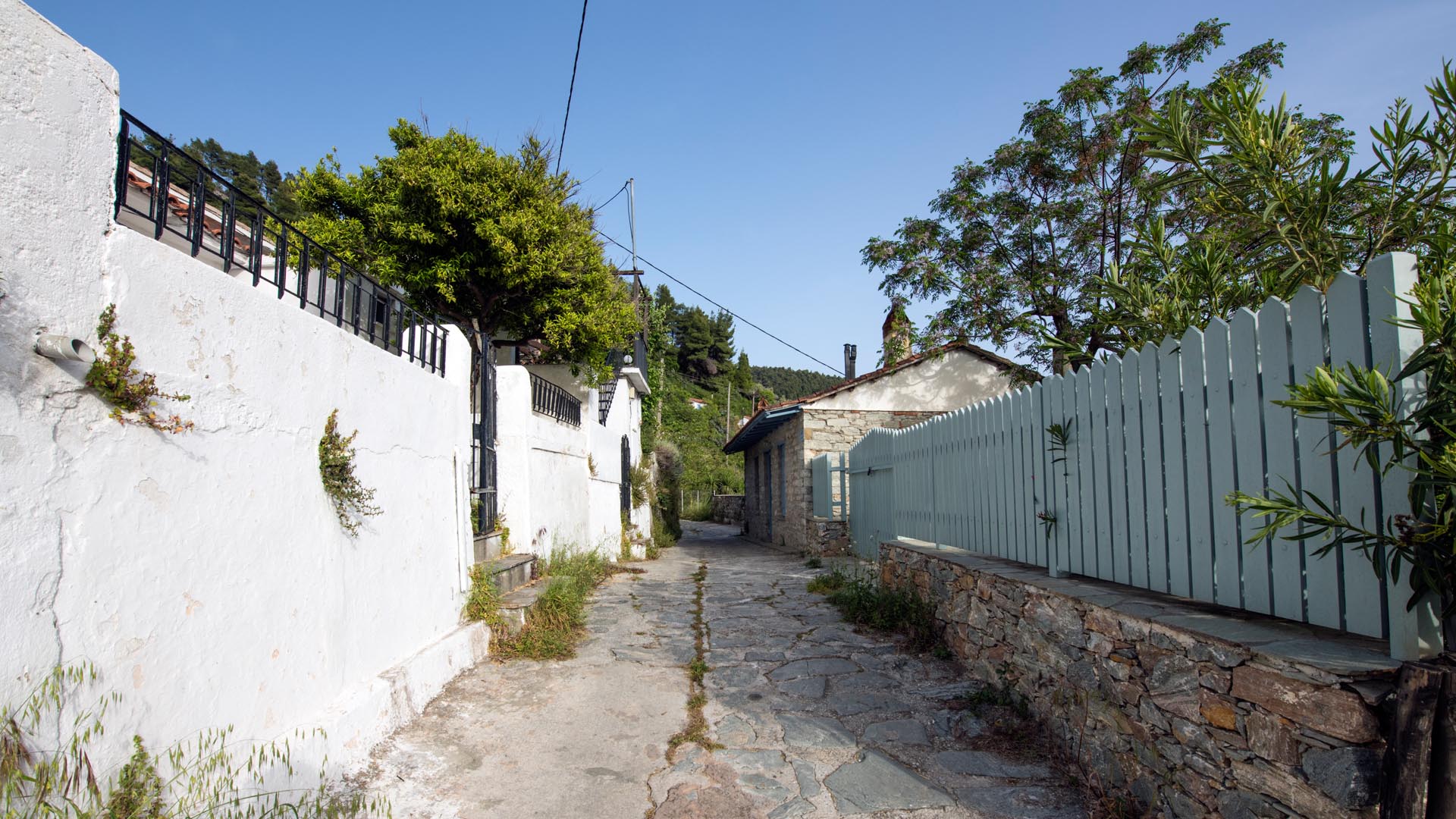 Kato Klima is older than Epano Klima, and tradition has it that it was founded around the 18th century as a rural settlement to cover the agricultural needs at the time. Holy Unmercenaries Church (Agioi Anargyroi) which was built in 1828, probably at the same place as was previously a small temple, was of great importance to the villagers. 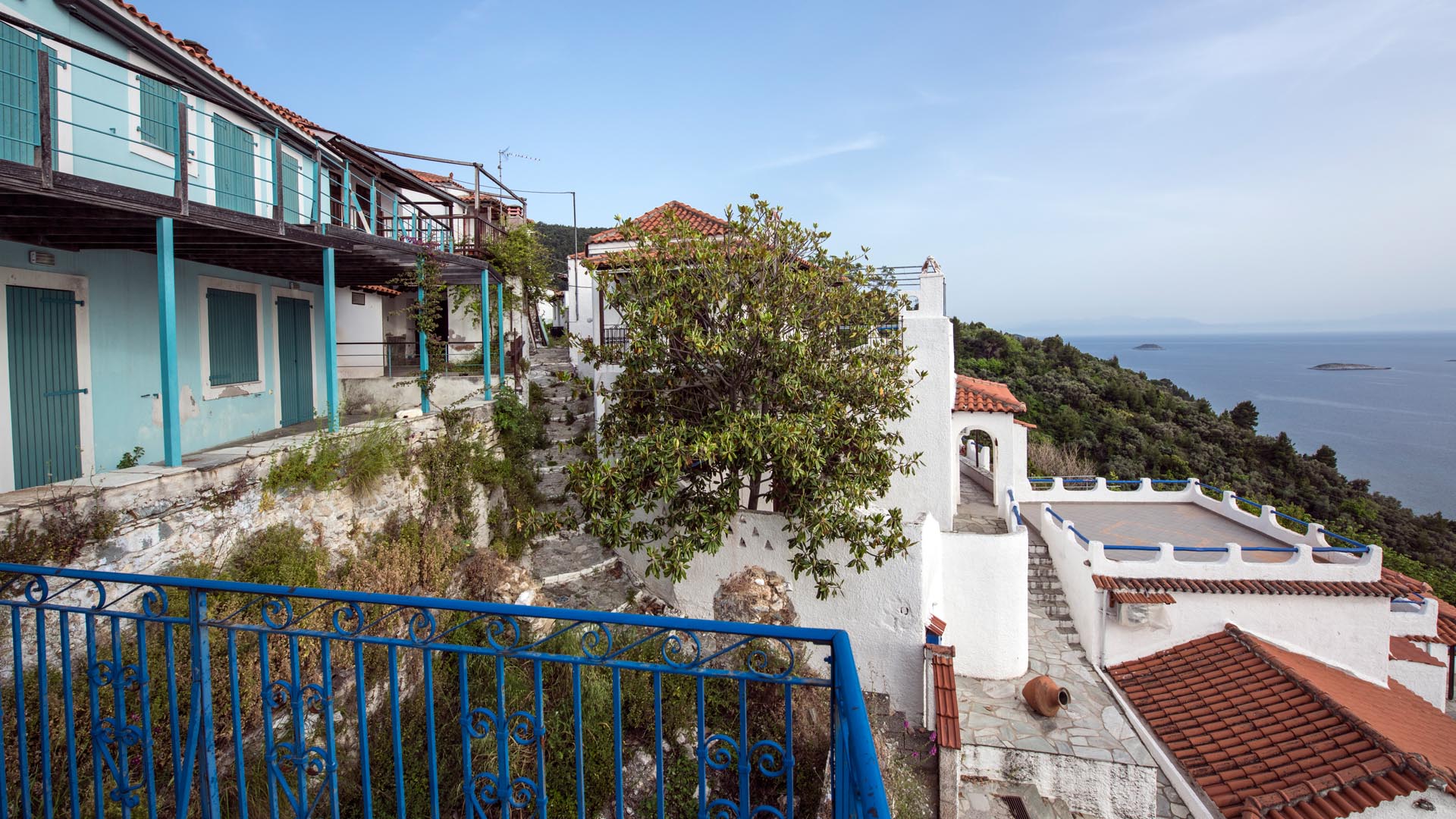 Kato Klima had a square with an exquisite view towards Glossa and Loutraki, while one could also see as far as the Pelion peninsula and Skiathos Island. Ιn the middle of the square, stood tall an imposing terebinth tree, native to the Mediterranean region, called “Tsitisiraflos” in the local dialect.