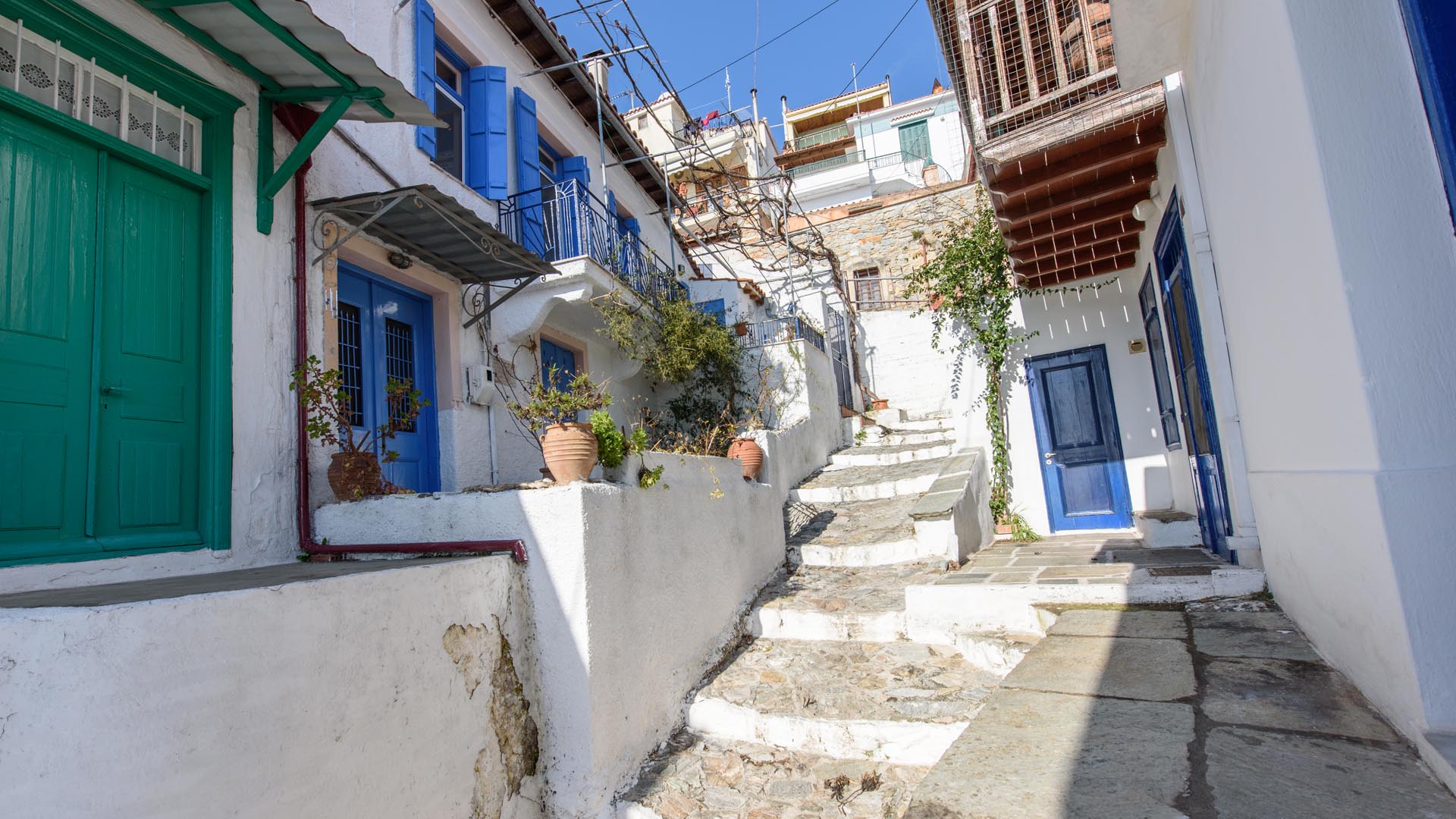 In the northwest part of Skopelos, Glossa’s beautiful settlement, built amphitheatrically on a hill with a breathtaking view, is situated above the port of Loutraki and is the second largest settlement on the island of Mamma Mia! The Greek author Alexandros Papadiamantiswas truly fascinated by it and refers to Glossa as the “High Village” in his novel “I Nostalgos” (Homesick). 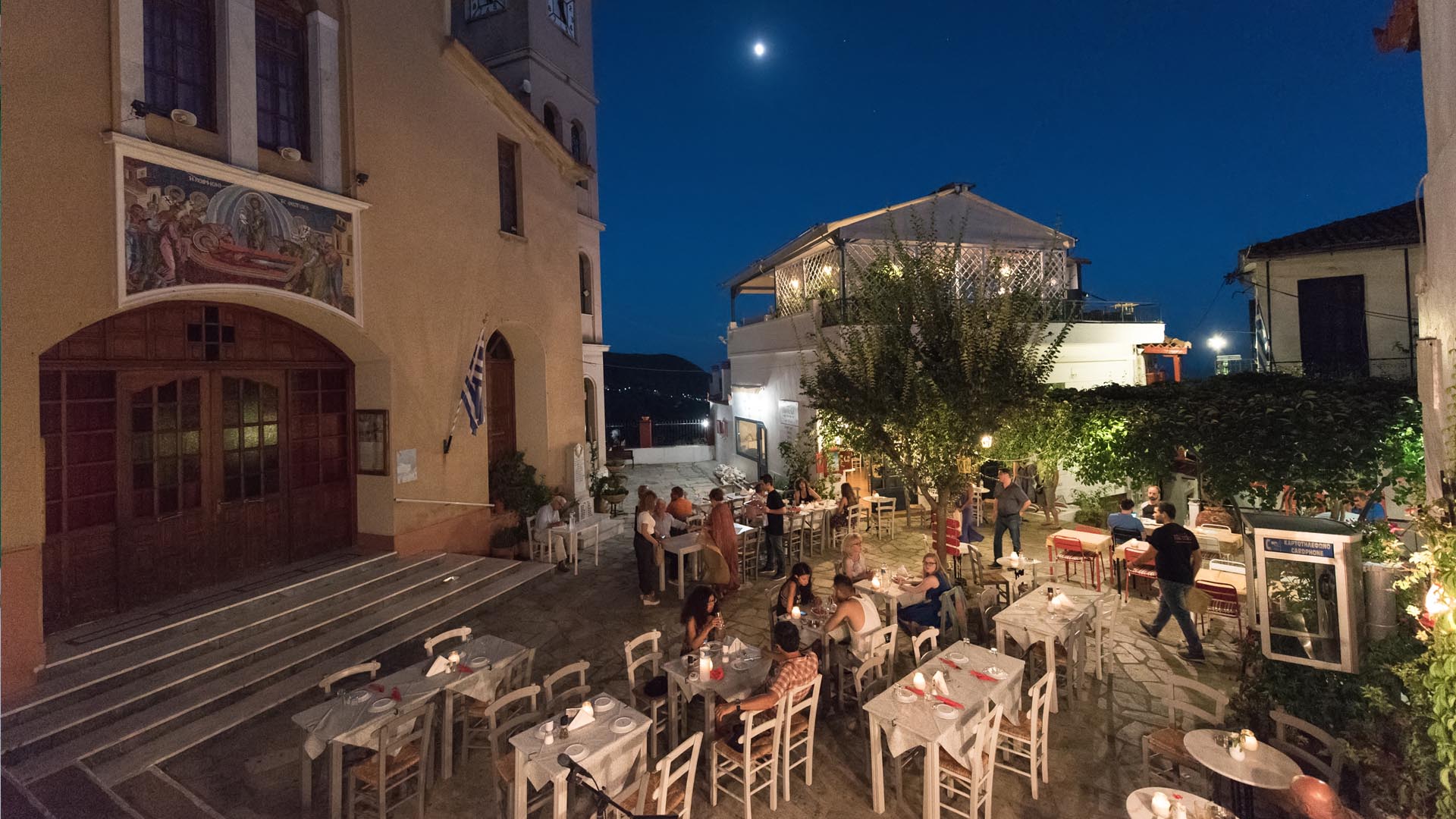 To trace the origins of this beautiful village’s name, some suggest that it derives from the tongue-like form of its distinctive point (Glossa means “tongue” in Greek). Others on the other hand, attribute it to a linguistic variation of the name Knossa, given to the village by the first settlers, the Minoans. Of course, there is also a satirical version propagated by the villagers, in which the name of the settlement derives from its mountainous terrain, which causes their tongue to “hang out” when attempting to climb its stairs. 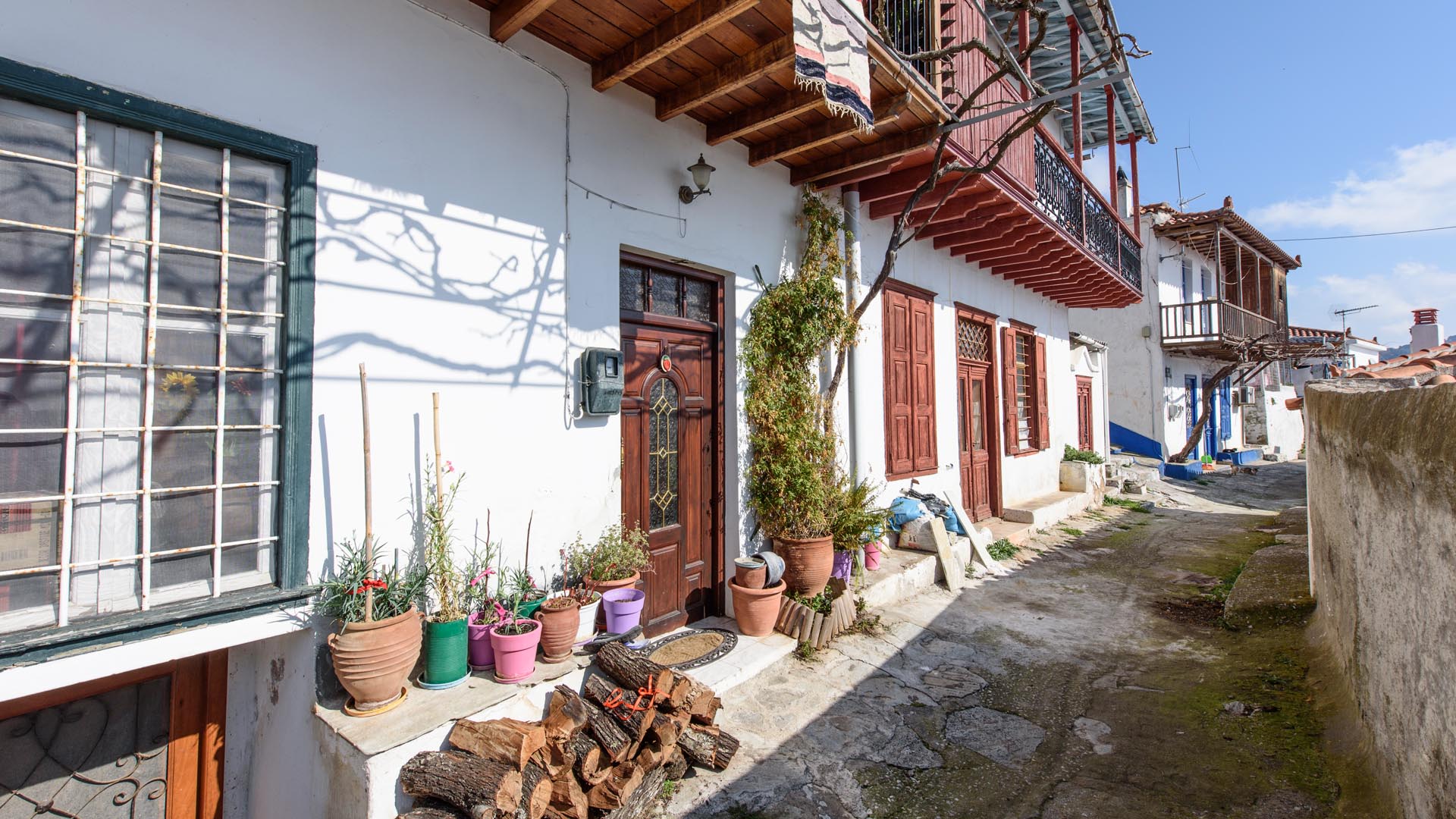 A historical overview tells us that Glossa has been an active settlement since prehistoric times and was probably the Minoan colony to which the remains of the prehistoric residence bear witness. Archeological digs in the wider Loutraki region uncovered ancient towers, retaining walls, and buildings from various periods of antiquity. 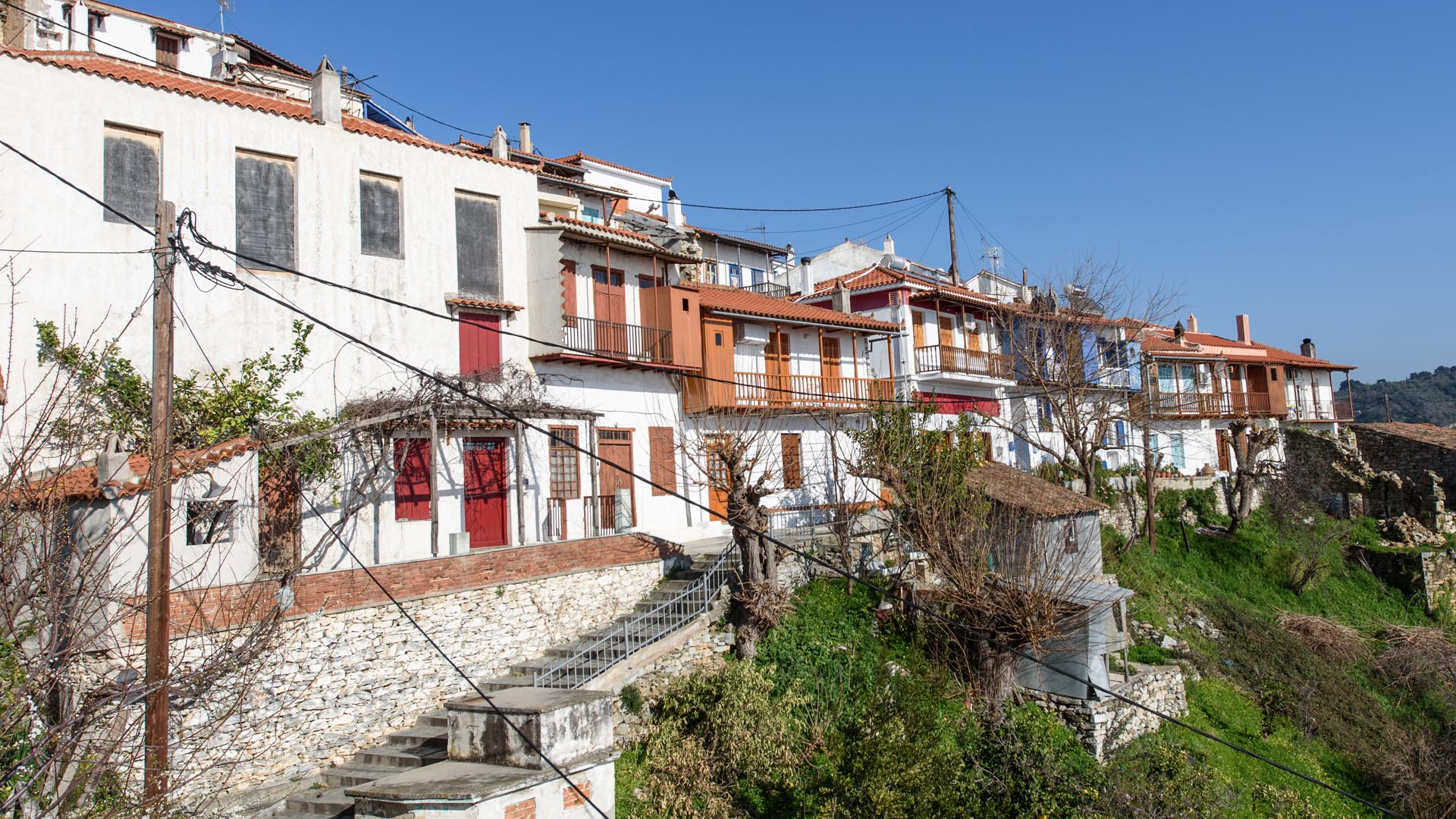 Picturesque Glossa and its wider regions are rife with springs and filled with lush vegetation such as olive trees, plum trees, and almond trees. The houses belong to the traditional Macedonian style with its characteristic two-story buildings, ceramic roofs, and unique wooden balconies. Climbing up the cobbled steps in its narrow alleys, we meet women wearing the local costumes, “foustanes” in the local dialect, indicating that the locals still honor and keep their traditional way of life, customs, and linguistic idiom alive. Remains of the early Christian(or Paleochristian)domed single-aisledbasilica,dating back to 672 AD, are found in the yard of the Monastery of the Holy Archangels in the north of Glossa, making it the oldest religious temple on the island. 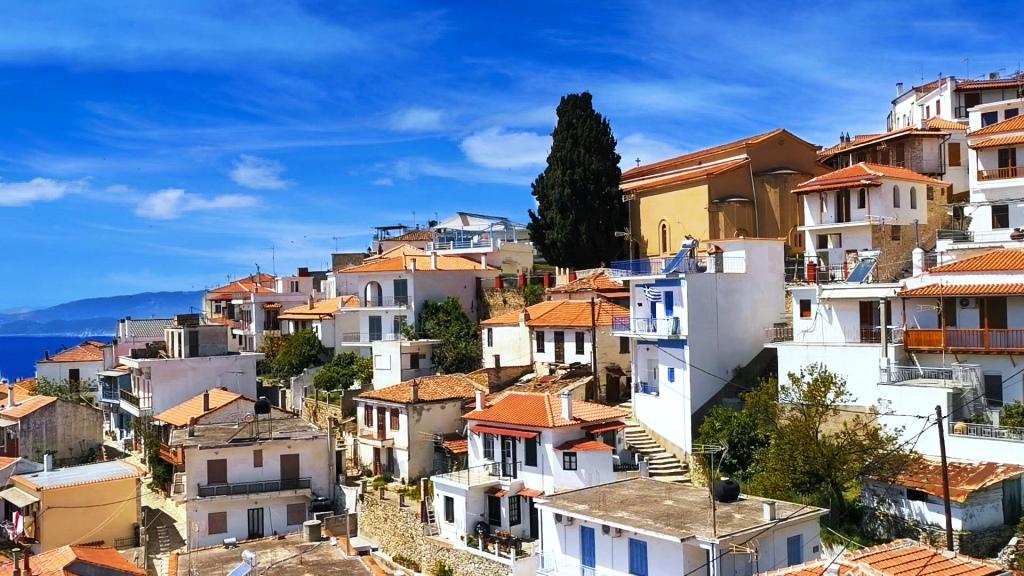 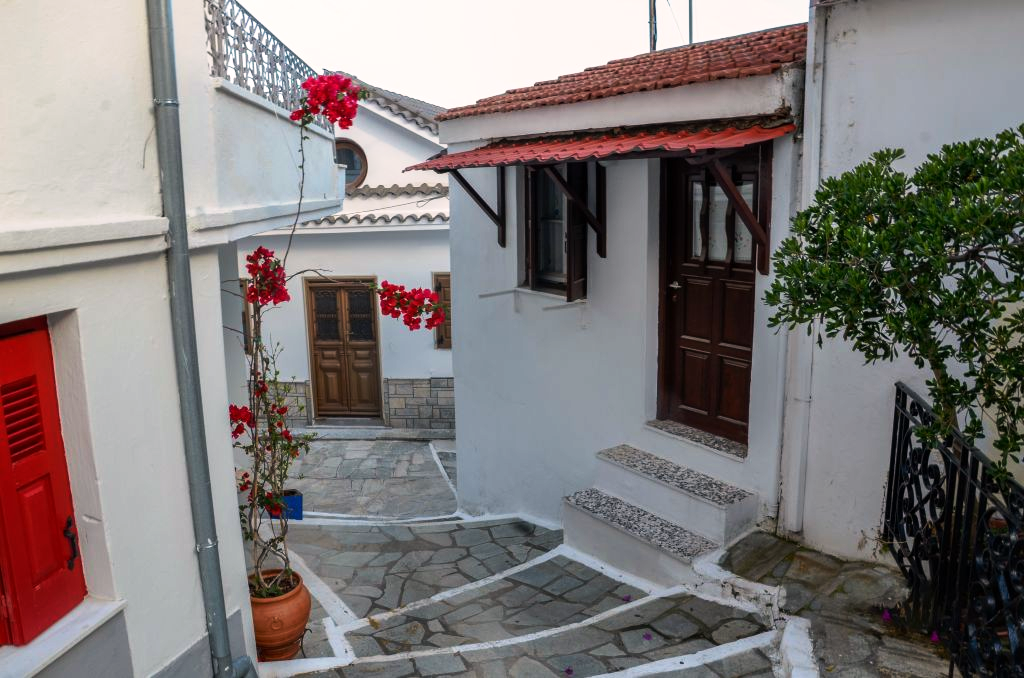